In this episode, our host Sheena Carey is joined by Dr. Joya Crear acting vice-president for the Inclusive Excellence in the Office of Institutional Diversity and Inclusion of Marquette University. Her humble beginnings transpired in Detroit, Michigan. She had amazing memories of her childhood with her close-knit family where she was the only child.

04:50 Psychology sounded interesting. I decided to take a psychology course in high school.  I didn't see myself in that just yet. At that point, they're talking about Freud talking about a lot of males, a lot of white males, and it figures that they will eventually get to me as a black woman.

05:59 Me being a black person, who's part of the diaspora was a different identity that I hadn't thought about until I left Michigan. And so it opened my eyes to just the level of diversity within my own community, which I thought I had on lock-in Michigan.

08:05 I think between being in a small town and being black and wanting to see other people who look like me, I was going to be affirmed as a black woman, really driving my decision to go to Howard.

9:19 There were just so many different perspectives of blackness that I wanted to explore.

11:11 It allowed me to feel seen as a black woman on that campus. Marquette is a predominantly white institution. I will say even as a professional, you don't often see other colleagues or other students who look like you.

12:14 There's just something about it that on one hand disrupts the whiteness at Marquette, but also affirms its diversity.

15:22  I can't say overall, there are spaces where I feel affirmed all the time, but there are times and instances where I feel like this is what God has called me to do. To be disruptive and to be affirmed in what I'm bringing to the table.

16:09 It's not women's work. It's everybody's work. And it's not just women of color who work for all of us to live in an inclusive society. We all have to be equally invested and equally active and equally engaged.

17: 42 When you see a mural like this, You're like, I want you to have markers on-campus that remind you that you're here for a reason. Your brown body is important. It is not a mistake that you're here.

21:57: Those times where I have not been comfortable are the places where I've had the most growth.

24:30 My hope for black women is that they have the confidence to be themselves.

27:00 The definition for women of color is so vast.

It does not fit into a phrase or a sentence.

02:30: What is the story that you want to share with us today? - The story I like to share is how I got to this point in life.

03:44  What part of the south do your parents come from? My father is from Alabama and my mother is from Georgia

03:56 How do you identify? I identify as an African-American female.

04:00 How'd you get onto this particular path that you're on right now?- It started when I was young. I've always been that person that people ask for advice. I am usually the listening ear. I ended up going into psychology.

06:27 How has your identity informed the choices that you've made? - I think between being in a small town and being black and wanting to see other people who look like me, I was going to be affirmed as a black woman, which really drove my decision to go to Howard.

10:20 How has this mural project resonated for you especially when you were talking about seeing folks that kind of look like you? - It allowed me to be seen as a black woman on that campus.

I hear a lot of students questioning whether Marquette is really for them. They wonder where they intersect in its story. Am I here visiting? Or is this truly my home?

13:48 What would you say has been Marquette's impact on you? - I'd say pick a day. There are some days where I'm challenged.

15:41 In terms of who's doing the diversity work in, it seems to be predominantly women of color , African-American women, black women. What do you think about that? Is it a women's war? - It's not women's work. It's everybody's work.

22:15 What role has vulnerability played in your story? -

Those times where I have not been comfortable are the places where I've had the most growth, but at the moment not appreciating it at all, really fighting it with every bone in my body. And so now realizing that it's important to be vulnerable so that you get to that place of growth.

23:10 What role have women of color played in helping you negotiate through life? - Allowing me to be broken. They provide a safe space.

24:22 What impact do you hope to have on women of color that are coming behind you and even those who preceded you? - My hope for them is that they have the confidence to be themselves.

25:43 What are your hopes for the future, your own and Marquette's? For me, work-life balance.

27:23 What would you like our community to know about you and your journey? - I think it goes back to complexity. what you see is just the surface. There's so much more to who I am, what I bring to the table.

Next Episode All Episodes Previous Episode 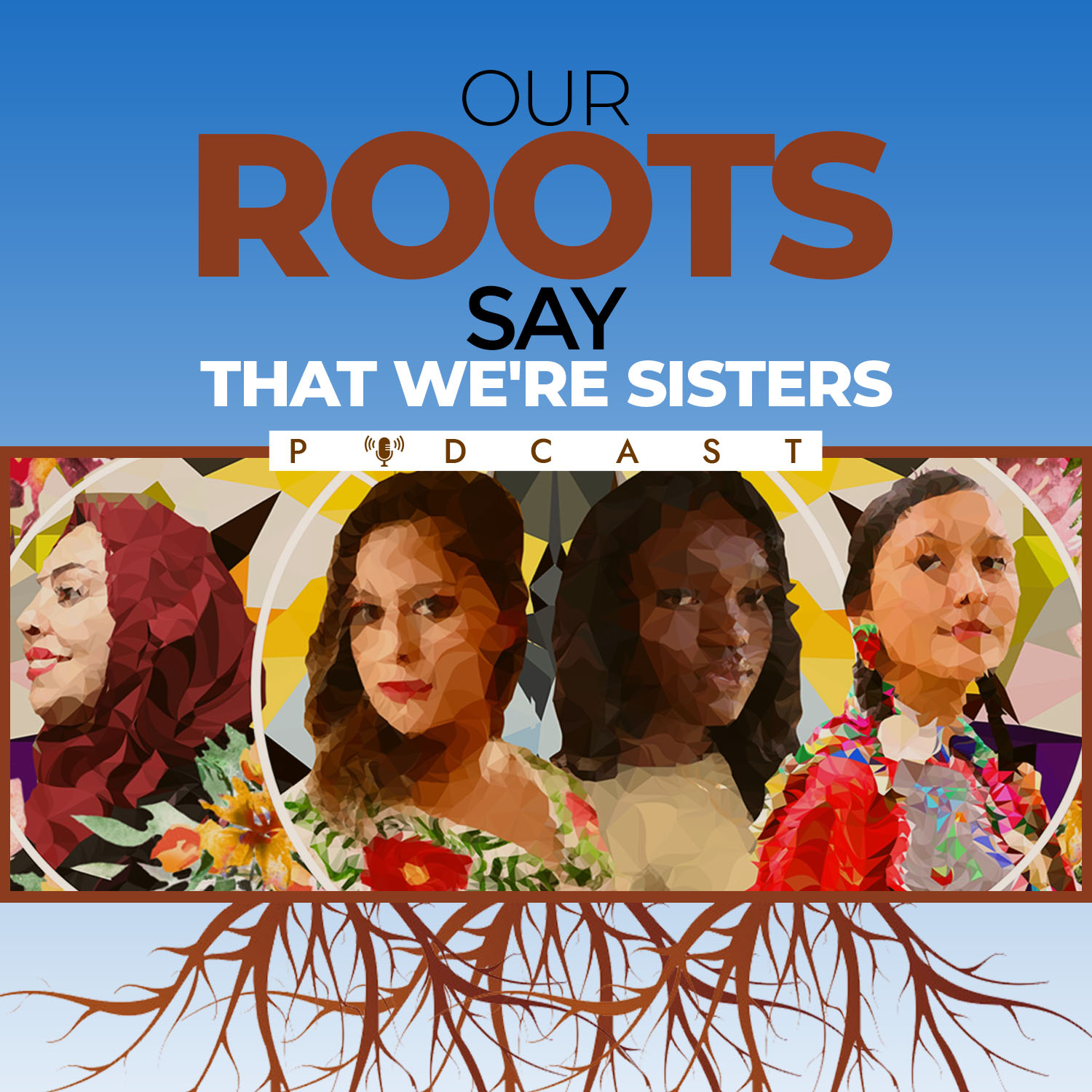 Our Roots Say That We're Sisters
Marquette Mural Project
Welcome to our roots say that we're sisters podcast. This podcast series is sponsored by the Marquette forum with support from Marquette University's Office of Institutional Diversity and Inclusion and the Haggerty Museum of Art. It's an extension of a Marquette University mural project to highlight and uplift diverse women identified individuals whose images and contributions have been systematically made invisible.